Hiram Hillegass began building race cars in 1919 while working at Mack in Allentown, Pennsylvania. By the time he died in 1960 at the age of 65 he was recognized as one of the foremost builders of single seat race cars in the United States, stature that was endorsed which he was elected to the National Sprint Car Hall of Fame in 1997.

Hillegass is perhaps best known for his midgets, which he began building as the midget racing boom took off in the Thirties. At the time he was living in Syracuse, New York and working Carrier Corporation’s research and development department. He continued there through World War II but then returned to Allentown where he set up his own shop at 2435 South 4th Street.

Midgets, as builders like Frank Kurtis and Pop Dreyer proved, were viable business and Hiram Hillegass approached it as such, even going to the extent of investing in cast iron bucks over which he could accurately, quickly and repeatably form the complex body panels that clothed his creations. Racers earned their livings with the diminutive but shapely single-seaters, sometimes racing every evening of the week during the season – and twice or more a day on weekends. The cars and their engines had to be quick enough to command appearance money, bring home prize money regularly and stand up to constant use and competition.

The midgets of Hiram Hillegass met the test, and it is not surprising that the drivers who survived racing his midgets turned to Hillegass for bigger cars which were then known simply and logically as “Big Cars”. These were the sprint cars that carried bigger engines, campaigned on larger tracks and each year adjourned for the month of May to Indianapolis, Indiana for the 500. Hillegass built two Big Cars in the Thirties, one for Frank “Butcher Boy” Wierer in 1937 and one for Doc Keim in Hillegass’s hometown of Allentown in 1939.

Following the war both car builders and racers looked for an alternative to the recycled production car frames that had been the basis of many pre-war Big Cars. Many had worked in the aircraft and defense industry during the war and brought from it some lessons. Car builders began to use large diameter high strength steel tubing for frame rails. Rigid, rugged and straightforward to build and repair, the tube frame caught on quickly, particularly with Frank Kurtis who put eight of his tube framed KK2000s in “the show” at Indianapolis in 1949.

Hiram Hillegass recognized the practicality of frames made from lightweight, strong tubing and he quickly developed his own design which he offered as a chassis and body package for $925 with the buyer to provide his own engine and driveline. The first three tube frame Hillegass sprint cars were built in 1949, three more were built for 1950.

The car offered here was one of the first three tube frame Hillegass sprint cars built in 1949, and is one of two so-called “wide body” cars. It was built for Tom Concannon from Long Island, New York who raced it throughout New York, New Jersey, eastern Pennsylvania and Maryland from 1949 through 1959, showing remarkable longevity of both the car and the driver.

It was originally powered by an Ardun overhead valve cylinder head equipped Ford V8 but was re-engined for the 1959 season with a Studebaker overhead valve V8 and that is how it has been restored. The engine is a 1956 Studebaker 259 cubic inch V8 bored forty-over to give 265 cubic inches displacement. The carburetion is a Rochester Quadrajet and sparks are provided by an electronic ignition module. Rod and main bearing sizes are standard Studebaker, and there is an oil filter. It has a stock Studebaker electric starter cranking a Studebaker flywheel on which is mounted a 49-51 Mercury pressure plate and Ford clutch plate driving a Ford 3-speed transmission. Brakes are ’40 Ford juice drums front and rear, with Dayton knock-off wire wheels.

Prepared to modern safety standards, it has an onboard fire system, seat belt and a battery disconnect switch.

It has been restored as a vintage dirt track racer, with a shaker screen in front of the radiator to intercept and shake off clods of clay. It is finished in yellow and black, with brown leather upholstery in the driver’s office. An AACA certified historic race car, it has certificate number 212 making it eligible for a number of highly enjoyable events.

Restored to a consistently high standard of fit, finish and function, this is a recognized historic race car of distinction. Historian Lynn Paxton of the Eastern Museum of Motor Racing has accounted for thirty surviving Hillegass sprint cars out of an estimated 38 built, a survival rate which – like the Concannon Car offered here – points to the quality and reliability of the cars and the success which journeyman racers had with them. Racers are very practical people. A car that wins races and doesn’t cost a lot to maintain is a keeper.

This one is ready to take to the track! Recently vintage Raced at Limerock and Loudon, shown at the Greenwich Concours d Elegance in 2017. 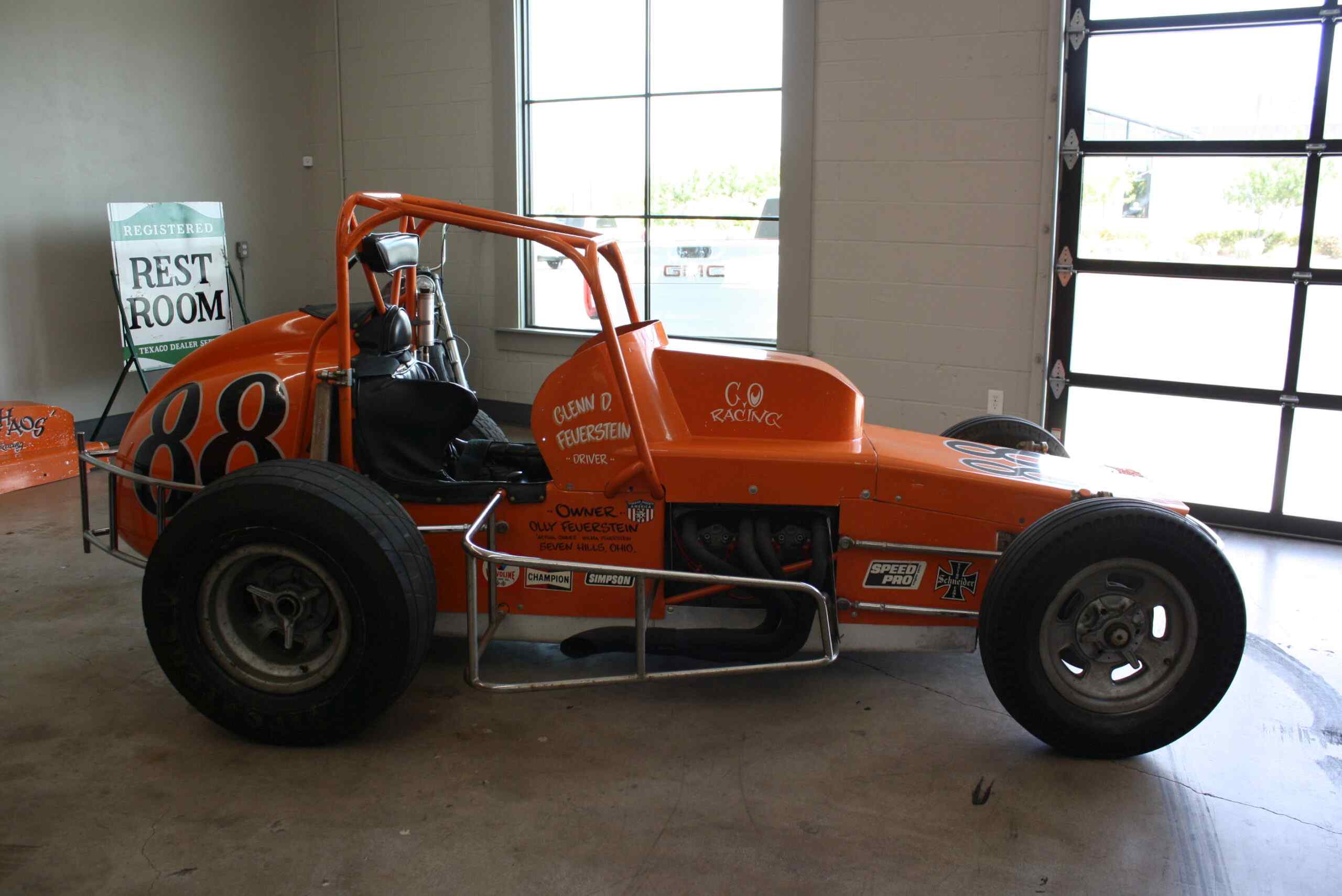 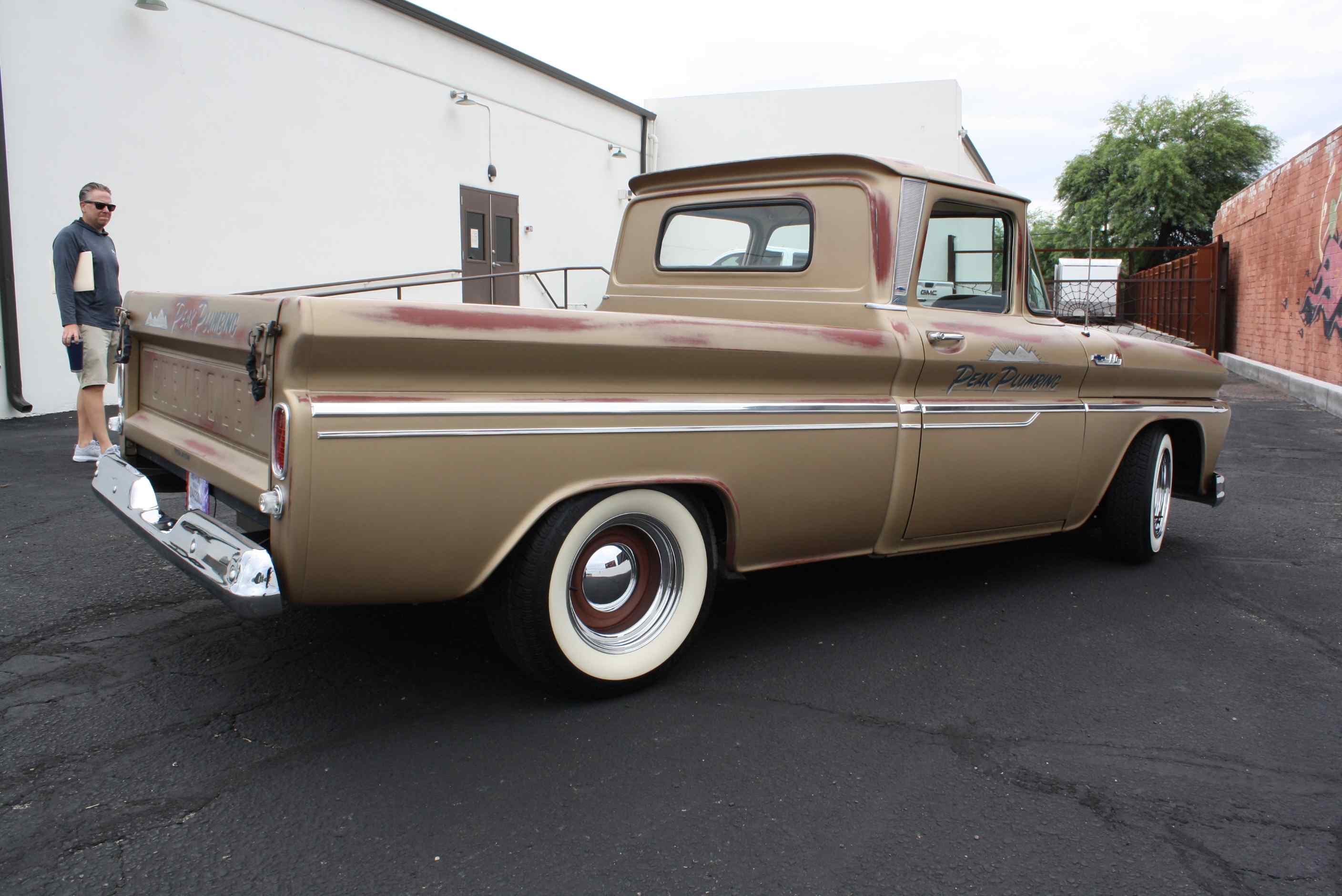