1947 Mercury Sedan . One of only 34 Produced. Original Paint

1947 Mercury Sedan . One of only 34 Produced. Original Paint

In 1939, the 703 Ford dealers across Canada sold both Fords and Mercurys. A few dealers sold Lincolns. After World War II, Ford of Canada split their dealer network into two divisions. Existing dealers sold Ford, the new Monarch, and Ford trucks. A new branch of dealers sold Mercurys, imported Lincolns, and a new line of Mercury trucks. By 1947, Ford Motor Company of Canada had 1,113 dealers, 353 of which were Mercury-Lincoln outlets.

Because Ford was in the low-priced field, it was more popular in Canada than the medium-priced Mercury. So that the new Mercury dealers could get a piece of the low-priced action, a smaller lower cost Mercury line emerged. This new Mercury needed a name to set it apart from its larger sibling. So, it bore the title Mercury 114 – a reference to its Ford wheelbase in inches. Therefore, the larger Mercury was known in Canada as the Mercury 118, its wheelbase length.

This new car was really a Ford, but with Mercury-style grille, tail-lights and trim. For the grille to fit onto the Ford front, it had a totally different frame around the vertical Mercury bars. Below this grille was a chrome section with two long openings which substituted the lower air-intakes of the Mercury 118 design.

A unique point on the 114’s grille was an embossed head of the god Mercury just below the “Mercury” nameplate. Another 114 grille feature was the lack of E-I-G-H-T spelled down the middle.

Chrome trim on the 114’s fenders consisted of double strips which were more like the 1942 Mercury than the 1946. Because of the pucker on Ford’s front fenders, these chrome strips did not come all the way forward to the headlight rims as on the 118.

The Mercury 114 used tail-lights like those on the 118. But there were no chrome strips across the trunk door, which the 118 had. Instead, there was a chrome embellished trunk handle below the license plate bracket. A Mercury nameplate appeared above it.

Ford V-8 engines powered the Mercury 114. Displacement started at 221 cubic inches. After June 1946, 1/8th inch was added to the bore for a 239.4 cu. in. displacement. There were some unexplained discrepancies about output. Horsepower ratings were in the area of 93 to 100, unaffected by displacement changes.

List prices for the 1946 Mercury 114 ranged from $1166 to $1583. These were about $25 more than similar Ford models. Production totalled 4573 for calendar 1946. That was not a large number, but all car-makers failed to reach desired production levels due to shifting to a peacetime economy.

In 1947, 10,393 Mercury 114’s drove off Ford’s Windsor, Ontario assembly line. There were few changes for 1947, but a couple appearance revisions separated 1946 from later models. The 47’s lacked the chrome strip surrounding the side windows. Also, the hubcaps, the same as on the Mercury 118, had a different design.

The 1947 Mercury 114x offered here is one of only 34 produced for US and Canada as noted in Jerry Heasleys “The production figure book for U.S. cars.” It remains largely original with only 48,000 original miles since new.

The car is completely rust free and retains all of its original panels and floors. The Paint is largely original and still shines very nice. It has multiple chips , dings, and scrapes from over 70 years of service. Both front fenders have had touch ups but I cannot find anywhere else that has had paint work on the car. All of the chrome and stainless are very nice and original. Both bumpers were replated at some point. All of the glass is dated for the car including the windshields. The weatherstripping and seals are still serviceable throughout the car.

The interior is mostly original but I believe it had some repairs made on front seat and armrests due to the mismatched vinyl. All other material is wool including carpet and headliner. The steering wheel is absolutely perfect and has an amazing marbling effect that matches the dash pieces. All of the gauges work. Dash paint is original as well and has a worn off dealer decal above glove box door and 114x emblem.

The flathead V8 runs strong and is very dry underneath for a car of this era. Drives and stops great. Hydraulic brakes were serviced about 5 years ago. Rolls on Firestone reproduction Gum Dipped tires that are like new.

You won’t run into another one of these at a car show. True time capsule. 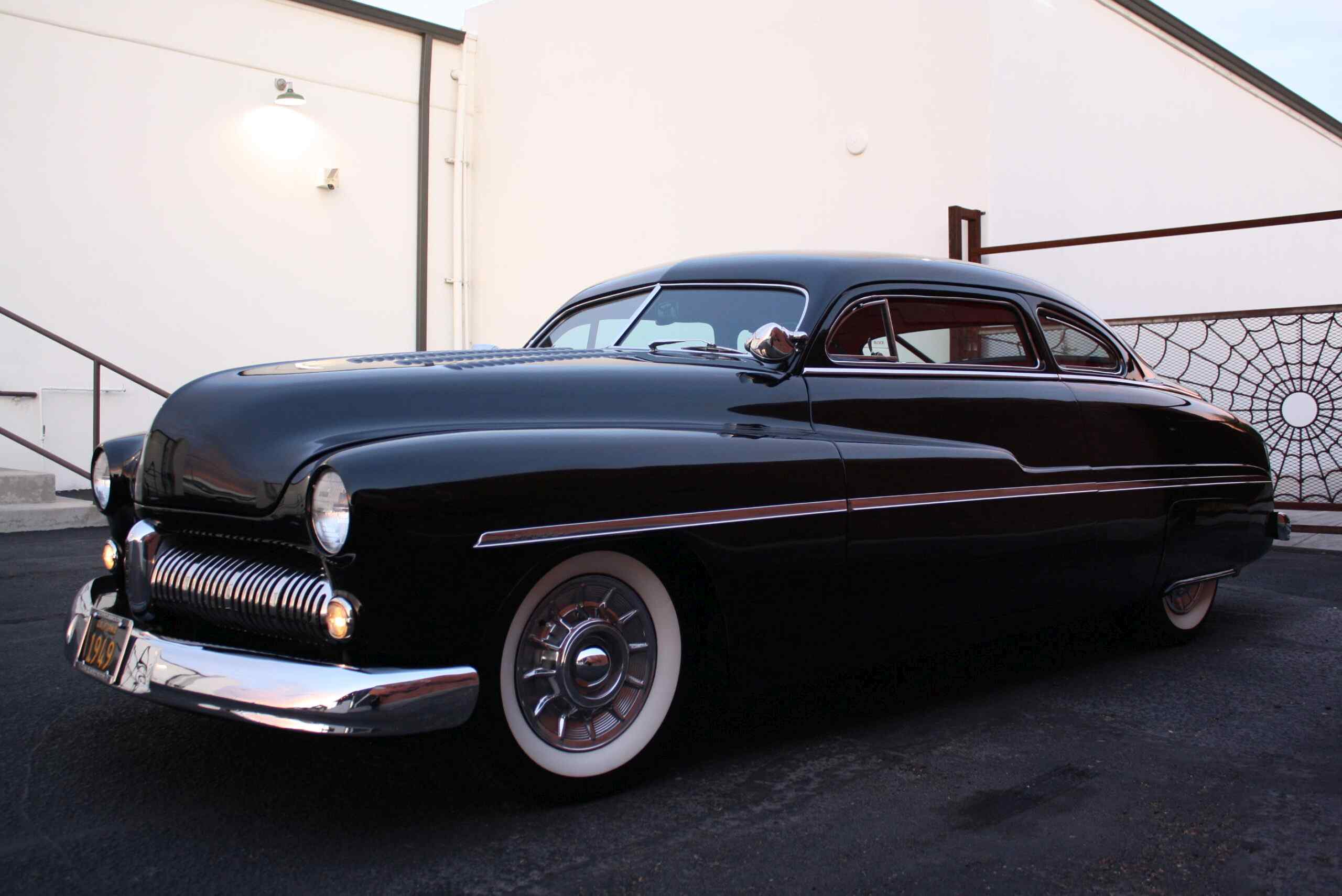